Spatial planning decisions in shallow coastal waters require adequate amounts of data. Collecting this data with conventional methods is in many cases time consuming and expensive. In this study, the distribution of benthic microalgae and invertebrates was mapped using a combination of diving, remote underwater video and airborne remote sensing in a brackish water habitat. A GIS spatial model was built that is capable of predicting water depth, algae cover and broad types of macro algal habitats in optimally complex coastal waters.

The practice is a study that mapped the distribution of the benthic microalgae and invertebrates. A combination of traditional diving, underwater remote video and airborne remote sensing (CASI) was used in a brackish water area. In order to predict the water depth, the algae cover and also broad types of macro-algal habitats in optimally complex coastal waters, a GIS spatial model was developed. By combining different methods the studied costal area can be more efficiently managed. From the point of view of coastal management, it is important to know the spatial distribution of benthic habitats. Spatial planning decisions require data over large areas but decisions are often based on insufficient data. Mapping that is based on remote sensing has proven to be more cost-efficient than fieldwork.

The aim of the study was to develop a GIS-based tool that would combine remote sensing, in situ data and spatial modelling. These would then be combined into a spatial planning and coastal monitoring tool.

The area of study was the Vilsandi National Park in Western Estonia and the study took place from August to September of 2010. The size of the area was 210 km2. In situ optical measurements as well as biological measurements were carried out to characterise the sea bottom and the water column. Under water benthic habitats were described by the sampling of 321 sites in the study area through a combination of video, frame, benthic dredge and grab samples. The airborne material was collected in September of 2010 using a CASI sensor. The statistical program PRIMER was also used to perform multivariable data analyses on the abiotic environment and benthic communities. 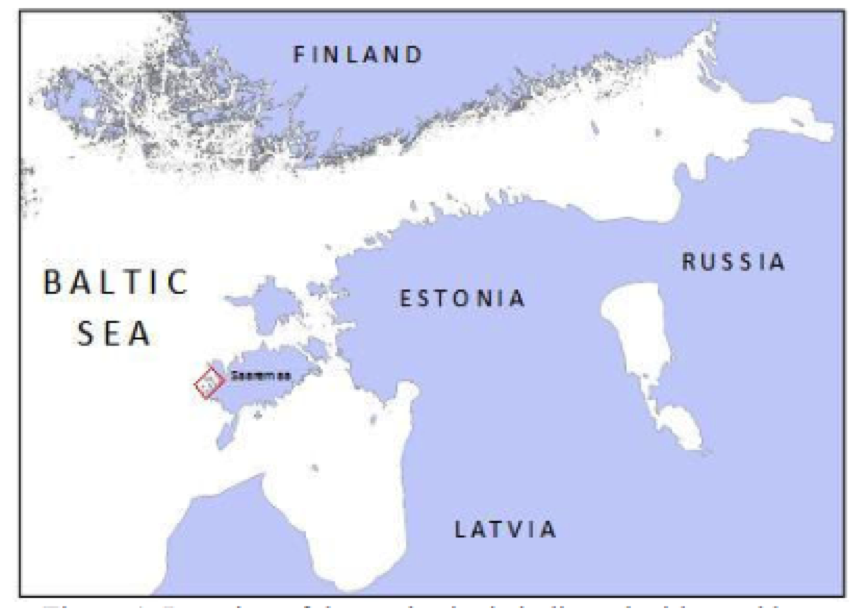 The modelled layers that were produced as an output of the study were distributed online via an ESRI ArcGIS server platform. The results of the study revealed that the landscape-scale diversity of benthic habitats in the study area was high and ranged from complex hard bottom macrophyte habitats to unvegetated sandy bottoms. The study also showed that the species diversity was low in the study area with only 32 benthic macrophyte and invertebrate taxa identified.

Although the study took place in a specific area, the modelled layers that were produced can be applied in the research of other optimally complex coastal waters as well. The published layers enable managers the possibility to reduce the overall environmental impact of multiple human uses by considering the spatial distribution of valuable and vulnerable benthic habitats. Managers can use this to redirect dangerous activities further from areas that are sensitive and that are characterised by low recovery.