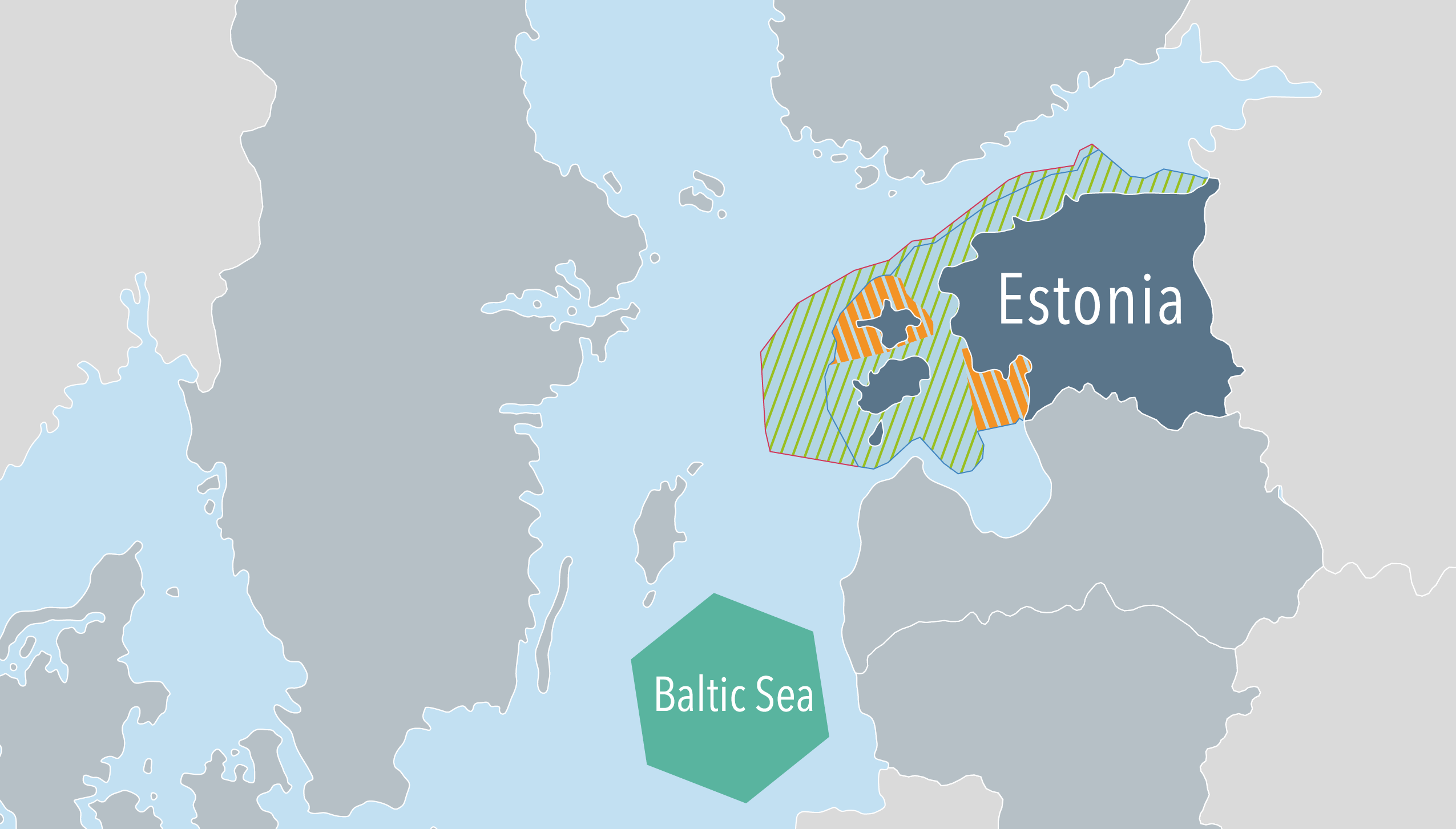 The Estonian government adopted its national MSP on 12 May, 2022. The Estonian MSP is a strategic spatial development document on the national level, which plans the basic developments in marine space for the next 15 years or so. Therefore, the plan focuses on the principles of spatial development, and the activities are not planned on a detailed scale. The plan provides guidelines and states conditions for the next stages of planning for the activities, including at the local government level. The adopted MSP serves as a basis for decision-making by various ministries and agencies and also guides the activities of businesses, investors, local governments, and coastal communities. The MSP must be taken into account during the preparation of subsequent plans, in the admission of permits for different uses and when drafting the national and local government's strategic development documents.

In October 2012 the Government of Estonia initiated two pilot maritime spatial plans – at the area around Hiiu Island and Pärnu Bay area. The Hiiu pilot was adopted in 2016. The Pärnu Bay pilot was adopted in April 2017. However, in the Hiiu MSP offshore wind energy has been abolished by the National Court of Estonia on August 8th 2018, all other sector-related aspects are still legally binding. They remain in effect even after the adoption of the new Planning Act.

Planning on land and in Estonia’s marine waters (EEZ, territorial sea, and inland waters) is based on the Estonian Planning Act, which has been in force since July 2015, and an Order of the Government from October 2012. The two pilot MSP Plans are based on this Order. The national MSP process was initiated on 25 May 2017.

Estonian Ministry of the Finance

Adviser of the Planning Department