Swedish waters are crossed by some of the most important shipping routes in the Baltic (Figure 12). These serve numerous ports and are of vital importance to the economy of the countries in the region. Some of these routes go through or near shallow banks of high ecological value, such as those in the central Baltic Sea south of Gotland. The coexistence of shipping and those high natural values is something Swedish MSP is presently dealing with. 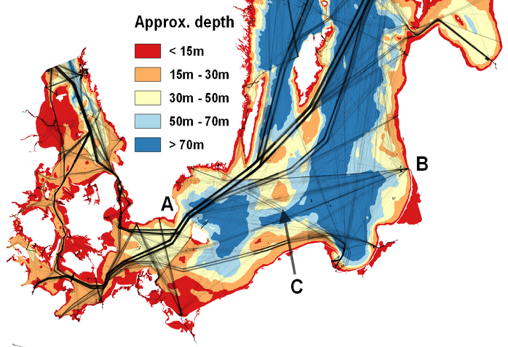 However, the area is also important from an environmental point of view. The Midsjöbankarna and Hoburg’s bank represent the most important wintering habitat for European long-tailed duck, a red listed species; it is also one of very few areas used for reproduction by Baltic Sea harbour porpoises. Hoburg’s bank and part of the Northern Midsjöbank are classed as Natura 2000 and HELCOM Baltic Sea Protected Areas.

Research has shown that intensively used shipping routes can have negative impacts (disturbance, oil spills etc.) on these species because of physical and noise disturbance and chemical pollution from oil spills. Harbour porpoise reproduction in particular is believed to be disturbed by ship noise from vessels traversing the bank areas. Although no large oil spills have occurred in the area so far, researchers believe that the current oiling of diving sea birds is due to operational oil discharge that goes largely unnoticed.

Due to the importance of these routes for Swedish and international maritime traffic, they Swedish Transport Administration claimed them as ‘areas of national interest’ in line with the Swedish environmental code. This implies that shipping is given priority over other uses in any planning that might affect those areas. However, given the high ecological value of the banks, the Swedish Agency for Marine and Water Management (SwAM) considered ways of reducing the impact of shipping on the banks and the species that depend on them. Two IMO “areas to be avoided” and three traffic separation schemes already existed in this area 500GT or above (Figure 13). For the Swedish planning authority engaged in MSP for the EEZ, the question was whether additional spatial measures need to be taken, in particular rerouting maritime traffic to the deep-water passages south and east of the banks.

However, resolving this conflict soon proved to be difficult. A number of obstacles were identified: 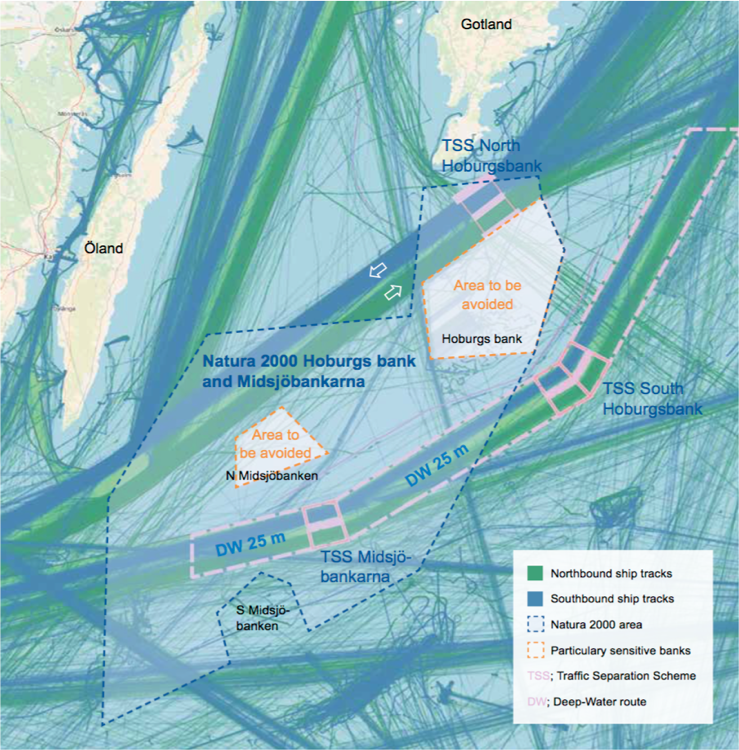 The solution put forward by SwAM in the current MSP process was to designate those areas as ‘investigation areas shipping’ (Figure 14). Three such areas have been designated to the south and north of Gotland, where not only SwAM but also other stakeholders see a need to reassess the conditions under which shipping could coexist with high natural values in general, and threatened species in particular. The designation indicates that the issue cannot be dealt with by maritime spatial planning alone given the Swedish planning system and the current level of knowledge about the area and the impacts of shipping. It also signals to the Swedish government that a broader investigation of alternatives and consequences is needed involving other agencies and stakeholders, including at the international level both in the Baltic Sea Region and with the IMO. As pointed out in the strategic environment assessment of the plan for the Swedish Baltic Sea, “The problems must be studied further […]. A possible future adjustment of shipping movements through the area needs to be rooted and negotiated internationally, which sets high standards on documentation. 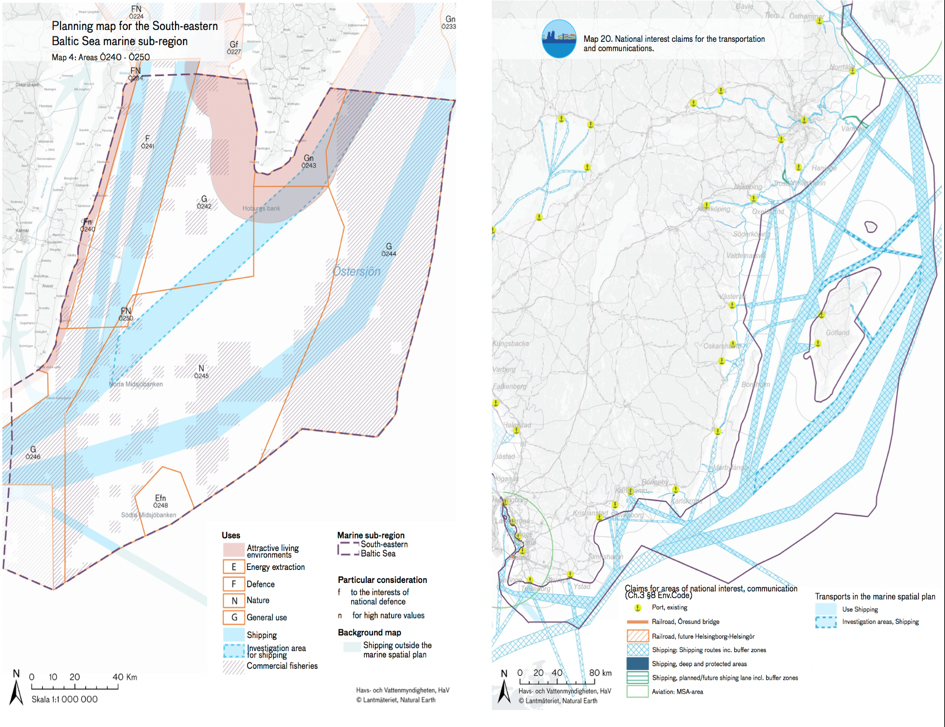 Go back to page 'Transport and Conservation'