Story 2: How a conflict escalated to a court case in Estonia

On 11 October 2012, the Government of Estonia initiated maritime spatial planning in the marine area around Hiiu island in Estonia. The draft plan included the development of areas for offshore wind farms, and the area north of Hiiuma was deemed most preferable. Several island residents were not satisfied with these designations. After the MSP was adopted on 20 June 2016, opponents of the plan filed an appeal at the administrative court because of the visual impact of the turbines and the potential impact they could have on nature around the island. The governor, however, endorsed the maritime spatial plan, determining the areas selected as suitable for offshore wind farming. The plan contains several images of what the offshore wind farms would look like from different vantage points on the island. 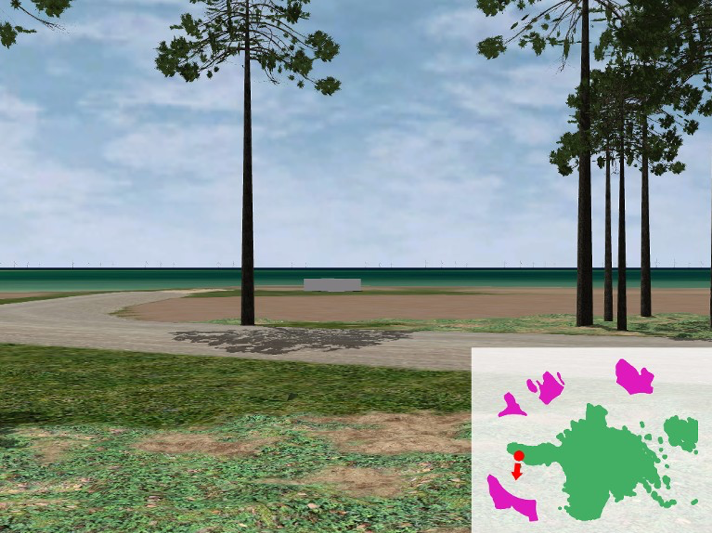 Once the plan was endorsed, Hiiu municipal council began to implement it. In 2017 it approved a cooperation agreement with Nelja Energia and Hiiumaa Offshore Tuulepark to build a wind farm of 100 to 160 wind turbines with an aggregate capacity of 700 to 1,100 megawatts. The company, financed by investors from other EU countries, committed itself to contributing to the development of the island, its economy and energy security. The most important aspect was that the wind farm would only have a minimal visual footprint and that no turbines would be put up closer than 12 kilometres from the island and on Neupokoyev Bank. The visual footprint would additionally be kept under control by using only submerged and underground cables. Regardless of whether the wind farm was connected to the grid via Hiiumaa or by a link to mainland Estonia, the developer was committed to establishing a loop connection with Hiiumaa.

However, a group of protesters did not stop after the first ruling of the administrative court and after the plan of the developers was put forward. The opponents filed a complaint at the appellate court in Tallinn. The case came before the court on 30 October 2017, providing the opponents with an opportunity for presenting their arguments. At that time the court ruled that the offshore wind farm development could not be blocked. In addition, the appellate court decided that some of the opponents did not have the right to challenge the spatial plan in court. 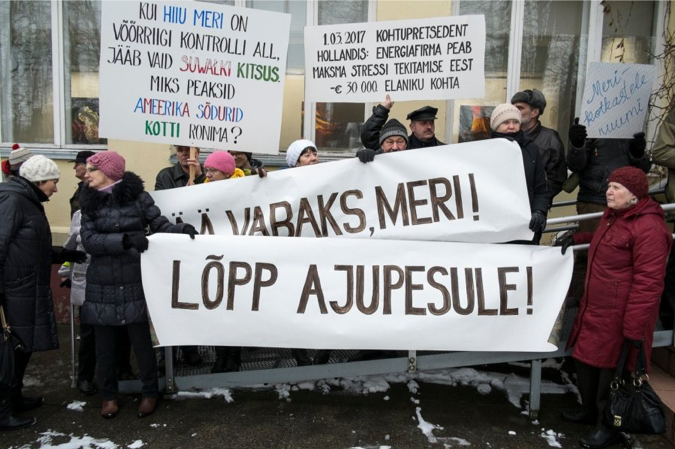 Nevertheless, the protest of the local inhabitants had its effect on the agreement between the offshore wind farm developers and the government. The new agreement foresaw that a maintenance operation centre of the wind farm should be set up on Hiiumaa and that the training of technicians would take place in Hiiumaa. The service centre was expected to create 30 new jobs directly as well as 20 indirect jobs. Also, the developer and the municipality were to set up a non-profit association aimed at promoting the economic and social wellbeing of the municipality, spreading the positive effects generated by the wind farm through supporting local not-for-profit initiatives. The wind farm would donate to the non-profit at least 0.2 percent of its revenue from the sale of electricity, but not less than 0.32 euros per each megawatt-hour of electricity produced. In addition, it would be possible for the residents of Hiiu municipality to invest in the wind farm by buying preference shares or bonds bearing a fixed annual interest of 15 percent.

Back to page 'Offshore wind and tourism'