For many years, national and supranational authorities, research institutes and NGOs have attempted to protect a valuable marine habitat in the Central Adriatic named Jabuka/Pomo Pit. Strong opposition from fishing associations and continuous fishing regardless of spatial management measures were major causes of conflict. Scientists from the FAO AdriaMed Project had long called for wider protection of the Jabuka/Pomo Pit, and a range of local and international organisations, administrations, individuals and NGOs were extensively involved in this process. This conflict is not directly dealt with through MSP, but rather through research advice, management of fishing resources, and stock assessment. However, new initiatives and projects have emerged in recent years that are using more spatial data in their analysis and providing advice to management and spatial planning efforts.

Due to its natural characteristics, the Jabuka/Pomo Pit area has been recognised as a critical habitat for demersal species, in particular, for hake and Norway lobster. However, these species have commercial value and are subject to persistent overfishing. The negative trends in demersal stock biomass over the past 20 years show that the resource is exploited at unsustainable levels.

Scientific advice, initiatives and temporal closures have taken place in the Jabuka /Promo pit since 1992, including the Croatian declaration in 2003 of an Ecological and Fishery Protection Zone (ZERP). Greenpeace’s proposal in 2004 for setting up a network of marine reserves in the Mediterranean also included the Jabuka/Pomo Pit. 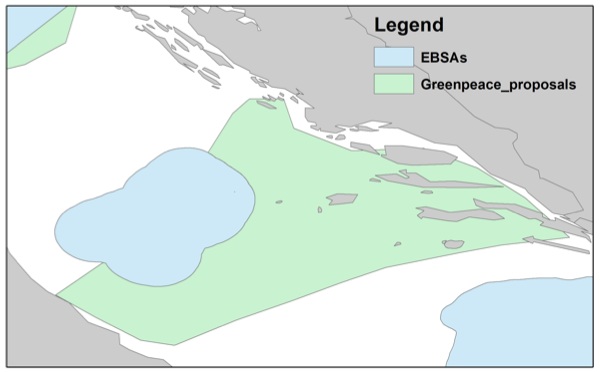 The AdriaMed project (2010) found that the exploitation pattern of hake and Norway lobster was far from optimal, given the un-selectivity of bottom trawl nets catching large amounts of juveniles and undersized hake, even when utilising the regulated larger mesh size.

Long-term spatial management options were explored based on the fact that:

Scientists recommended an experimental three-year closure, to be reviewed on the basis of results from annual monitoring. Several area sizes were presented as possible options to protect a larger or smaller portion of the nursery grounds.

In 2011, the prohibition on trawling in the Zones of Biological Protection (ZTB) was reconfirmed in the Italian Management Plan for Demersal Fisheries in the Adriatic. However, despite these repeated rulings, fishing continued unabated. The following maps indicate constant fishing activities in the ZTB (small black square marked on the maps) by the Italian fishing fleet in the years 2012-2014. 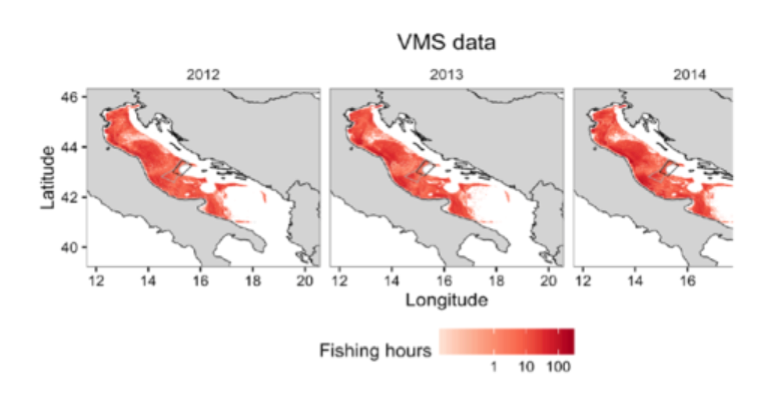 In 2016 the fortieth session of the General Fisheries Commission for the Mediterranean (GFCM) discussed the possible adoption of encounter protocols for Vulnerable Marine Ecosystems (VMEs). This was to ensure the collection of necessary data on the distribution of such ecosystems, with a view to identifying priority areas (extension of the assessment of alternative management measures to demersal stocks, especially European hake) for the future establishment of spatial protection measures. These included options to increase the minimum conservation reference size and impose spatial-temporal closures or establish a Fisheries Restricted Area FRAs.

There were also extensive national efforts to monitor and ban fishing from the area. Figure 3 shows “Scalata del Fondaletto”, an area corresponding to the north-eastern slope of the Jabuka/Pomo Pit where a series of temporal bans and monitoring rules were introduced for Italian fishing vessels in the Jabuka/Pomo Pit. 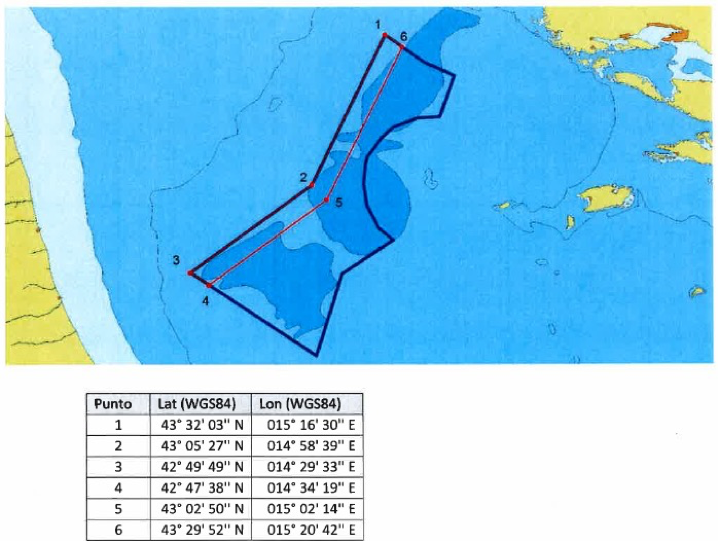 Based on the work of MedReAct and the Adriatic Recovery Project, the Subregional Committee for the Adriatic Sea (SRC-AS) examined the contents of the proposal to establish a Fisheries Restricted Area (FRA) and agreed to present it to the Scientific Advisory Committee (SAC) of the General Fisheries Commission for the Mediterranean (GFCM) for its final validation and potential submission to the GFCM. Finally, with the help of many international bodies, universities and research institutes, a proposal was submitted on behalf of the Adriatic Recovery Project.

Pressure on the European Commission to permanently protect the Jabuka/Pomo Pit was exerted by more than 20 NGOs. As a result, at the EU-hosted Our Ocean conference in Malta (October 2017), one of the commitments of the EU was to support the General Fisheries Commission for the Mediterranean in establishing a Fishing Restricted Area (FRA) of at least 2,700 km² in the Jabuka/Pomo Pit. Moreover, over 200 scientists from universities and research institutes around the world signed an appeal to ask GFCM for the protection of the Jabuka/Pomo Pit.

On 17 October 2017 GFCM adopted the EU proposal for the establishment of a Fisheries Restricted Area in the Jabuka/Pomo Pit banning demersal fisheries. This proposal divides the FRA in 3 areas: 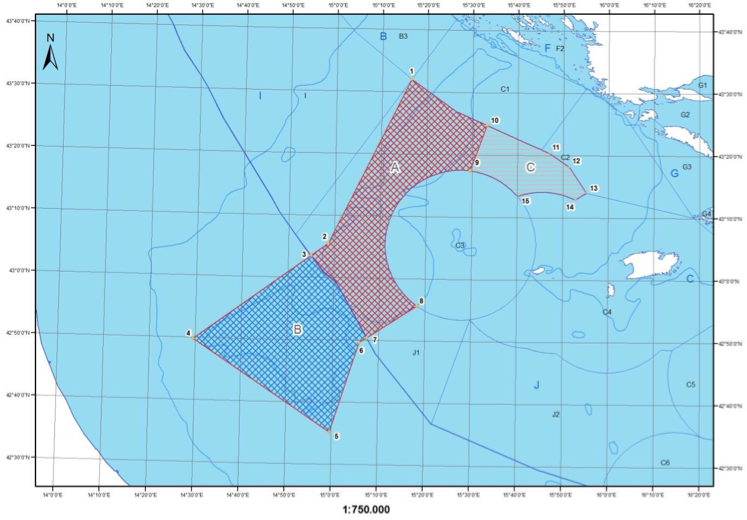 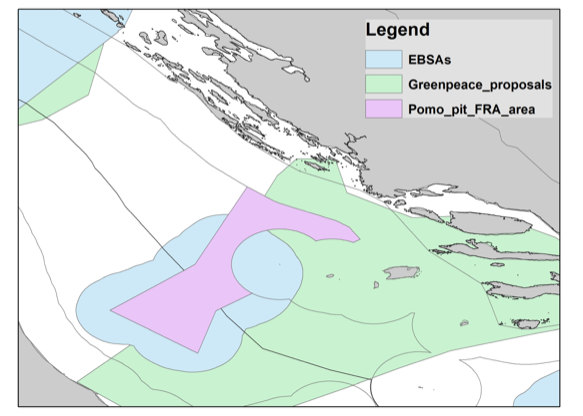 Fishers can fish across multiple countries, while fishing in one country can also have impacts on the fish distribution in another country. As shown by this story, the conflict between fisheries and environmental protection often has a transnational dimension, meaning it is governed by international/sea basin frameworks. Moreover, as shown in this example, the utilisation of spatial planning and scientific research advises might not be sufficient to resolve a conflict such as this one. Active involvement of not only national, but also international institutions, NGOs, policy makers and scientists is crucial to ensure that the proposed spatial measures are implemented and enforced.

Back to page 'Fisheries and conservation'