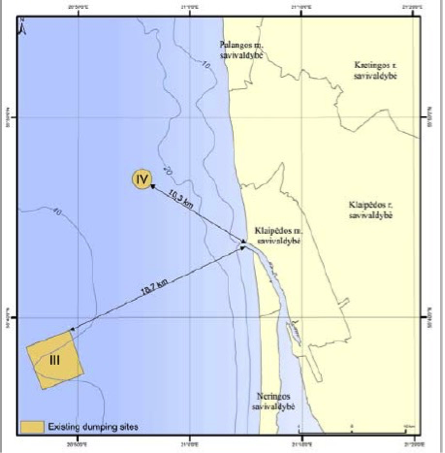 Fig.1.Location of the existing dumping sites in Lithuanian territorial waters 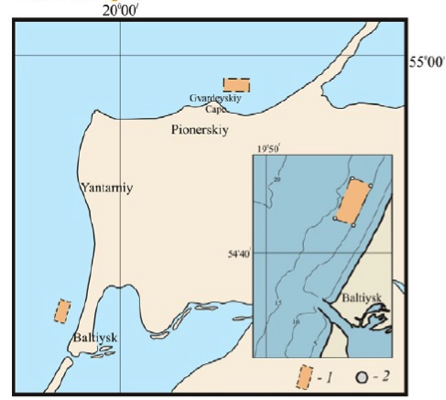 Fig.3.Location of the offshore dumping sites in Poland

Ports in South Baltic region require regular maintenance of operational depths in navigational areas and fairways. Development and maintenance of new ports will imply dredging of several million m3 of sediments in coming years. In addition to that construction of an artificial  channel linking Vistula Lagoon with the Gulf of Gdańsk and resulted from that maintenance of the Elbląg fairway will accelerate dredging activities in the South East Baltic (SE Baltic).

Although different handling methods of dredged materials are already available in Baltic Sea region existing legal regulations of several countries allow to deposit non-contaminated dredged sediments at special dumping sites, located in marine areas, which seems to be only a cost-effective, but not beneficial, handling alternative. There are more than 20 such dumping sites in the South-Eastern Baltic Sea. It is well recognized that disposal of dredged sediments may not only cause harm to the marine environment, but also disrupt sediment transport patterns in coastal zones. The later issue is particularly sensitive for the SE part of the Baltic sea, which suffers from the lack of sediments participating in natural sediments exchange processes. Scatter of the dumped matter and its impact to ecosystem is not enough investigated.

The  work was  pursued in the framework of the ECODUMP project dedicated to this issue and co-financed from the cross-border South Baltic Cooperation Programme 2007-2013. The work was led by Klaipeda University Coastal Research and Planning Institute (CORPI) and Maritime Institute in Gdańsk,  supported by the following partners: Maritime Office in Gdynia, Atlantic Branch of P.P. Shirshov Institute of Oceanology of Russian Academy of Sciences, SE Klaipėda state seaport authority, Ministry of Infrastructure of Poland, Port of Gdynia Authority S.A., Szczecin and Świnoujście Seaports Authority. The joint work lasted more than three years  (40 months) and was started in the second half of 2011.

The project aimed at elaboration and establishment of  proper management routines of existing dumping sites in Poland, Lithuania and Russia, development of  new ecosystem based principles for location of the new sites, testing  the developed methodology in the pilot areas and elaboration of  recommendation to regional convention on protection of marine environment (HELCOM) on how to locate, monitor and manage the new dumping sites.

The project was research oriented. At its first phase new information on sediments behaviour was collected. For instance scientific staff from Klaipeda University carried detailed sediment sampling in Lithuanian Baltic Sea waters. 31 sampling stations were distributed in 4 profiles from the nearshore zone toward the deepest part of the Gdansk basin, including the existing offshore dumping sites. Results of the investigations allowed to assesses the state on the dioxin contamination following natural patterns of sediment accumulation and taking into consideration possible impact of the dumping activities. In parallel national and international legislation on dumping the dredged material has been examined. On the basis of this investigations the key principles for maintenance of existing and location  of new dumping sites as well as draft monitoring and control programme of dumping sites have been elaborated by  experts. These proposals have been discussed with stakeholders and finetuned in the course of stakeholders consultations.

Stakeholder engagement was limited mainly to discussing the project results. Three events were organized each in another country. The first dissemination event on "Management of dredged material and offshore dumping sites in SE Baltic region" was arranged in Svetlogorsk, Kaliningrad oblast, Russia (2013-06-03/04) A second cross-border dissemination event was hosted by project partner MIG in Gdansk (Poland) on 11th of December 2013. The meeting was attended by more than 60 participants across the Baltic Sea region. Relevance and the results of the ECODUMP activities were presented during the four sessions, highlighting different aspects of dumping related issues: from legislation and practical use of dredged sediments to science-based solutions. The third cross-border dissemination event of the ECODUMP project was hosted by Klaipeda University. It was attended by 40 participants from Lithuania, Poland and Russia representing ports, public authorities and researchers. The event was dedicated to present the main results of the ECODUMP initiative to interested stakeholders and discuss possibilities of future cooperation.

The following products are available from the project:

b)      Monitoring and control programme of dumping sites (http://corpi.ku.lt/ecodump/uploads/files/DOC2_Monitoring%20and%20control...). This document recommends a joint approach to a monitoring program design, which emphasizes results that are useful to the decision ma king authorities, involved in the management process of dredged material disposal sites. The paper focuses on dredged material, which is suitable for the offshore disposal according to the legislative requirements existing in the countries along the Baltic Sea. The monitoring approach described in this document may be applicable both for the dispersive and non-dispersive offshore dumping sites.

c)      Description of methodological tools  to assess new offshore disposal sites (orpi.ku.lt/ecodump/uploads/files/CP4_Methodological Tool Report_Final.pdf). The report describes numerical modelling used to assess new offshore disposal sites. The first part of the report  is focused on the construction of the model, in the second part, the results obtained from the simulation performed using numerical models have been discussed.

d)      Overview of existing legislative requirements for the location of dumping sites, dumping  practices and monitoring approaches  within BSR  (http://corpi.ku.lt/ecodump/uploads/files/CP3_6_Existing_dumping_practice...). The document analyse all existing pieces of legislation related to disposal of the dredged materials in the Baltic Sea such as: London Convention OSPAR, Convention HELCOM Convention, as well as national legal requirements in Poland, Lithuania and Russia and HELCOM Guidelines for the disposal of dredged material at sea (2007)

e)      Report analysing  quantity, types and characteristics of the sediments from existing dumping sites in South East Baltic (http://corpi.ku.lt/ecodump/uploads/files/CP3_6_Existing_practice_analysi...). The document contains up to date information on existing dumping sites and their use in Poland, Lithuania and Russia.

As a preparatory action resulting only in inventory of current uses and studying some  planning solutions, it has had no legal power.

The action aimed at supporting  the preparation of legally binding development plans in Poland and Lithuania covering both sea and land. But the main impact was on consciousness of the decision makers by  offering them updated planning information and  fresh development ideas in their own languages.

Project consortium prepared detailed analysis of legislative requirements on the topic, examined current situation in the existing dumping sites and organised new scientific surveys for new data collection. Final version of the "Monitoring and control programme of dumping sites" was supplemented with the results of dioxin mapping by including the dioxins in the list of components, which should be monitored further on a regular basis. The output is of major importance for Poland, which that time had no established monitoring system for the dumping sites. This has been changed and proper monitoring and dumping control programme has been developed. Latest results from the project are being used for the preparation of scientific article, published in the peer-reviewed journal. EIA study for Lithuanian new dumping sites has been also produced. Modelling research of potential sediment spreading has been finalized. One of the main success achieved was establishment of the community for eco-dumping with experts from Poland, Lithuania, Russia and HELCOM. In order to sustain the durability of project results ECODUMP Advisory Group was established. The members of the group undersigned the Commitment to work further on the activities covered in the project, related to applications of sustainable management of dredged material in the South Baltic region including ecologically grounded dumping of clean sediments.

I. Identification of the relevant maritime stakeholders interested in using the same marine area and/or the resources.

II. Analysis of existing ecological and socio-economic conditions – state of the art report on existing natural, cultural and social assets.

·      What are the natural resources available?

·      What are the most valuable areas of marine environment?

·      How local coastal communities contribute, influence and benefit from the marine related services?

·      What are the cultural and social assets of coastal communities?

·      How much space and where is occupied by current activities (including buffer zones), such as:

ü  Areas of special importance for conservation and scientific purpose;

·      What are the plans for future development of existing uses, are there any additional space required and where?

IV. Screening of existing regulations and legal frameworks of different sea uses in order to identify the existing and potential conflicts.

·      What are the existing regulations in those areas?

·      Do those regulations set the limitations to other marine resource users?

·      Are the possibilities to combine several sea uses in the same – already “occupied” areas?

V. Evaluation of economic viability. The distance of the proposed dumping site from the dredging site is a major factor to be considered. A considerable distance between dumping and dredging sites is not beneficial from the point of view of environmental protection and safety, since it increases marine traffic, which, in turn, causes an increase in exhaust and noise emissions and difficulties for shipping.

VI. The size of the disposal area(s):

·      It should be large enough, unless it is an approved dispersion site, to have the bulk of the material remain either within the site limits or within a permissible area of impact after disposal;

·      It should be large enough in relation to anticipated volumes for disposal so that it would serve to function for many years; and

·      In order to assess the capacity of a site(s), the anticipated loading rates per day/week/month/year has to be taken into account;

VII. Location of the disposal area(s):

·      The proposed dumping sites should be at a safe distance from the shipping lanes. Furthermore, the proposed locations should not be an obstacle to recreational boating, practicing sports and recreation in the coastal zone;

·      Areas of military and defence importance should be considered with special attention and selection of disposal sites near ort at those zones has to be consulted at the early stage of the planning.

·      Dumping sites cannot be established in the areas particularly valuable for fishing. Moreover, from  the point of view of ichtiofauna protection, the potential sites of breeding and habitats of protected species should be excluded from consideration.

·      Any physical obstacles on the seabed, which would make the disposal difficult, should be considered. Wrecks can have cultural value or pose a threat to the environment (military wrecks).

VIII. Develop the alternative spatial solutions and ensure that consultations with involved

stakeholders are in place.

All documents are available in English. This project outcomes are applicable in some other countries but must be adapted to their specificity. In particular the analysis of national legislations are applicable only to the countries analysed by the project. The most suitable place for multiplication of the project results is in the Baltic Sea but other sea basins  where the dredging is necessary can also make use of this experience and guiding documents in particular how the guidelines for the location of new dumping sites might be structured and what type of monitoring programmes are necessary. In particular modelling tools seem universal.