Study of Conditions of Spatial Development of Polish Sea Areas

1. Creation of system within the country of sharing MSP relevant information and establishment an information hub (Maritime Institute). Disadvantage – one time effort 2. Translation of information into Visual artefacts in order to stimulate discussion with stakeholders, 3. Depth of analysis: number of sectors analysed and paying attention to land-sea interrelations,

The Study of Conditions of Spatial Development of Polish Sea Areas was ordered by the Directors of Maritime Offices in Szczecin, Słupsk and Gdynia and prepared by a multidisciplinary team of scientists and practitioners in 2014. The Study was ordered by the maritime administration to collect the knowledge, data and information on maritime areas of Poland. It also served as a starting point for stakeholder process/dialogue on the desired future uses of the Polish sea areas. The study was written in Polish and translated into English in order to facilitate transboundary exchange of information. It is available for download here:

The study is not binding for Polish planning authorities. It is not a legal document. It does not decide what solutions will be adopted in the Polish maritime spatial plans, or what plans for which sea areas will be developed.  It was prepared as a background document in support of the succeeding process of preparation of the binding plans.

Despite being non-binding the Study, because of its content,  is of significant practical importance for the work on the maritime spatial  plans, e.g. in conflict and synergy analysis and during formulation of the planning solutions. 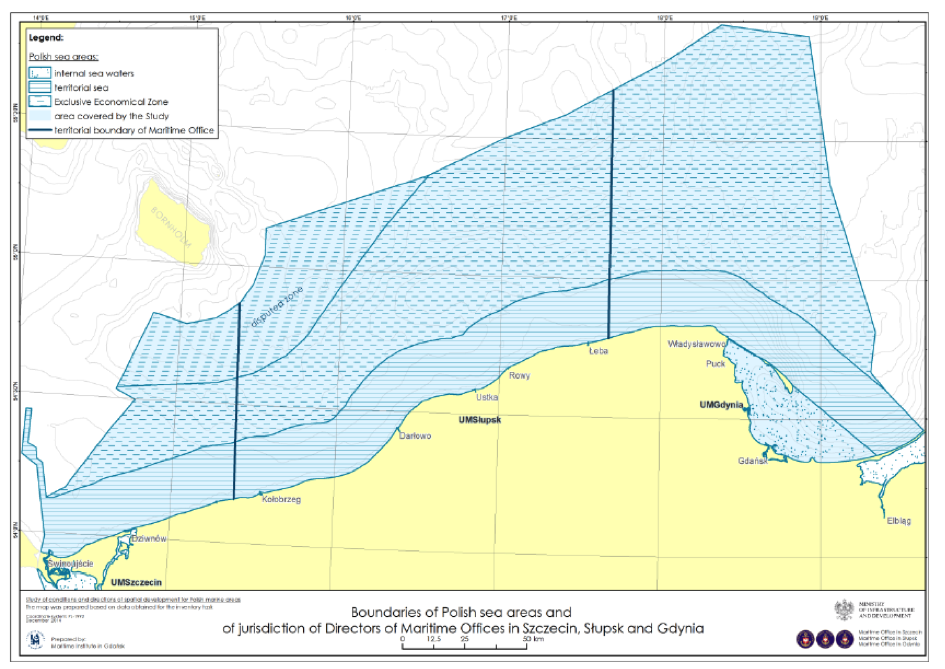 The Study constitutes the first phase of the official maritime spatial planning process in Poland that started at the end of  2013. Preparation of the Study was financed from the budget of the Polish maritime administration. Information and data that formed the backbone of the Study was delivered as in-kind contribution from various national agencies on the request of Minister responsible for MSP in Poland.

Objectives of the study

The aim of the Study is to collect and analyse information for the needs of preparing maritime spatial plan(s) for Polish sea areas. This includes information on the state of the marine ecosystem, and existing ways of using the sea areas. The study also identifies main conflicts and out lines key issues that attention should be paid to during the next phases of preparation of the maritime spatial plans in Poland.

Designated Uses analysed in the Study 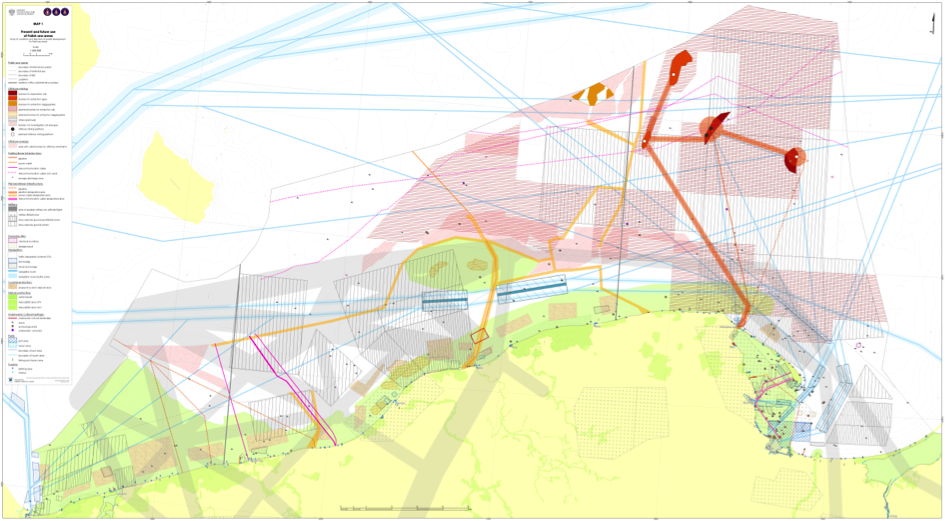 Following information have been collected on the state of environment:

Following information have been collected on the ways the sea space is used or is planned to be used:

Some of those areas have been classified as areas of restricted or limited use, e.g. military training grounds, zones of dumped munitions, areas for nature protection, areas devoted exclusively to shipping and some others. 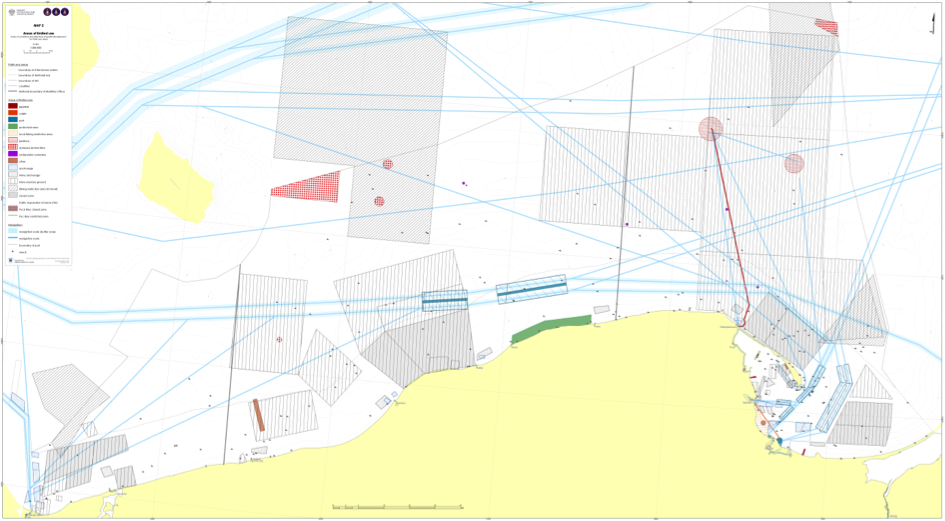 Moreover, the investments planned on land that might have impact on the use of the sea space have been examined as well (focus on tourism and ports). 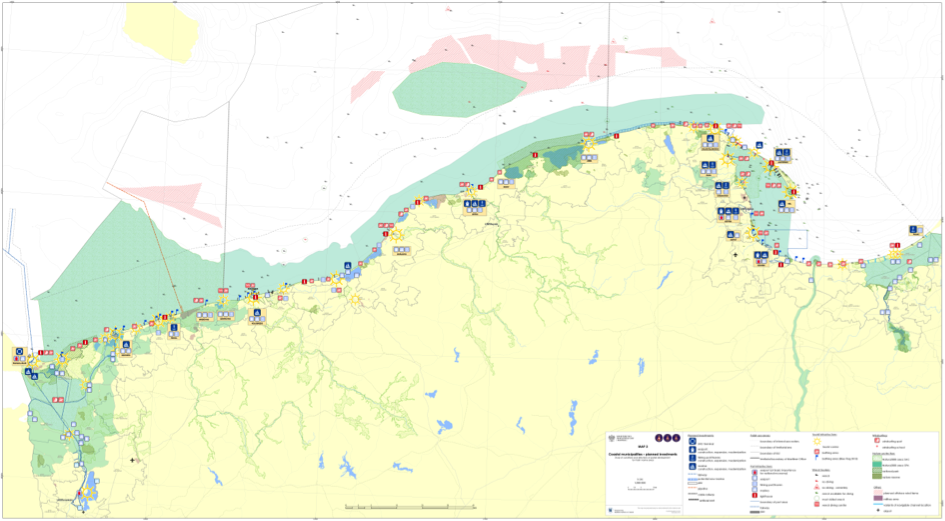 The Study was discussed with interested parties. First, at the beginning of the process, a meeting was organised and discussion opened in June 2014, especially on the structure of the document and the scope of collected data. A second meeting was organised in November 2014, during the final phase of drafting, in order to present the collected material, verify its correctness (agreement with the real state) and verify methods of graphic presentation. Also, together with stakeholders, an introductory conflict and synergy analysis was carried out. The final document is a result of these debates and includes the remarks collected there.

The study was not subject to the transboundary consultations. However, it was widely presented at different Baltic Sea Region fora in particular those  attended by the MSP authorities. For instance it was discussed in 2015 at the Baltic Space meeting devoted to the similar reports i.e. stock-taking and inventory documents produced in the course of the MSP process in the BSR countries.