The practice within the strategic project “Cross-border Cooperation for Maritime Spatial Planning Development” THAL-CHOR aimed to develop an MSP methodology and its pilot implementation in selected regions of Greece and Cyprus, as well as to support the preparation of both countries for the  implementation of the EU Directive on MSP. In Cyprus a pilot plan was elaborated for the coastal and marine area of Limassol (south of Cyprus). Analyses from THAL-CHOR revealed a high concentration of activities near the Limassol district and around the ports of Cyprus. Over 60 sea and land activities were analysed for conflicts and compatibilities.

www.mspcygr.info/      (in Greek language only)

The project “ΘΑΛ-ΧΩΡ - Cross border cooperation for Maritime Spatial Planning Development” (THAL-CHOR) aimed to the development of MSP methodology and its pilot implementation for drafting marine spatial plans in selected areas of Cyprus and Greece. The pilot plans are thus written in Greek. Resolution of spatial conflicts between different uses of the sea, better coordination between stakeholders, strengthening cross-border cooperation, and creation of conditions for achieving sustainable development in line with the strategy "Europe 2020”, were other specific THAL-CHOR objectives.

THAL-CHOR aimed to support the preparation of Cyprus (and Greece) for the implementation of the MSP Directive at institutional level.

THAL-CHOR pilot plan focused on the marine area of Limassol, along the southern coast of Cyprus. 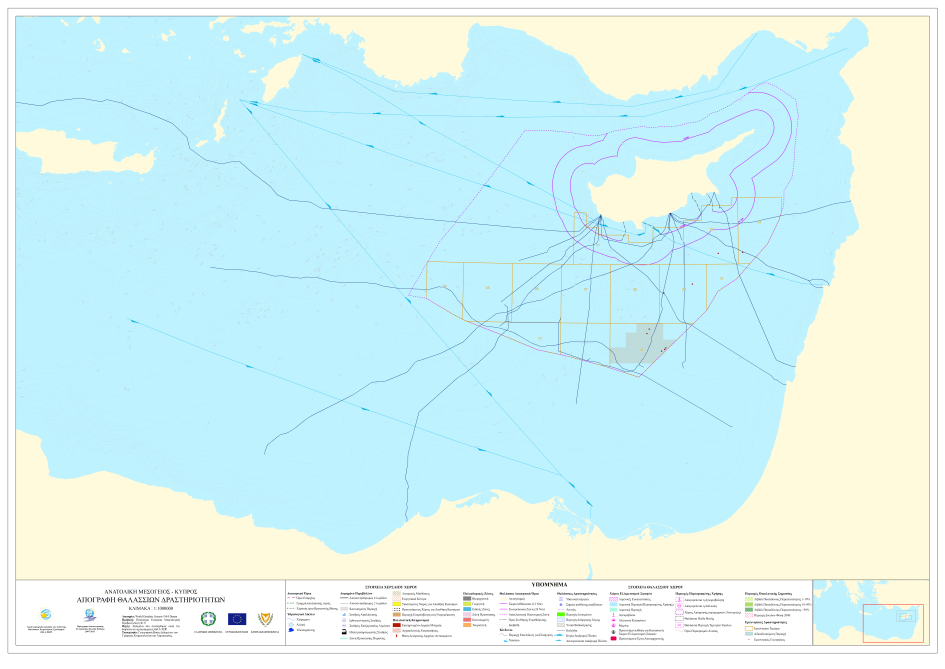 The pilot plan was developed within the THAL-CHOR project funded within the framework of the Cross-Border Cooperation Programme “Greece-Cyprus 2007-2013”. The project duration was February 2014 – December 2015.

The project dealt with different activities in the Exclusive Economic Zone (EEZ) of Cyprus. In particular the following existing maritime activities were considered in the Limassol area and related conflicts were analysed: 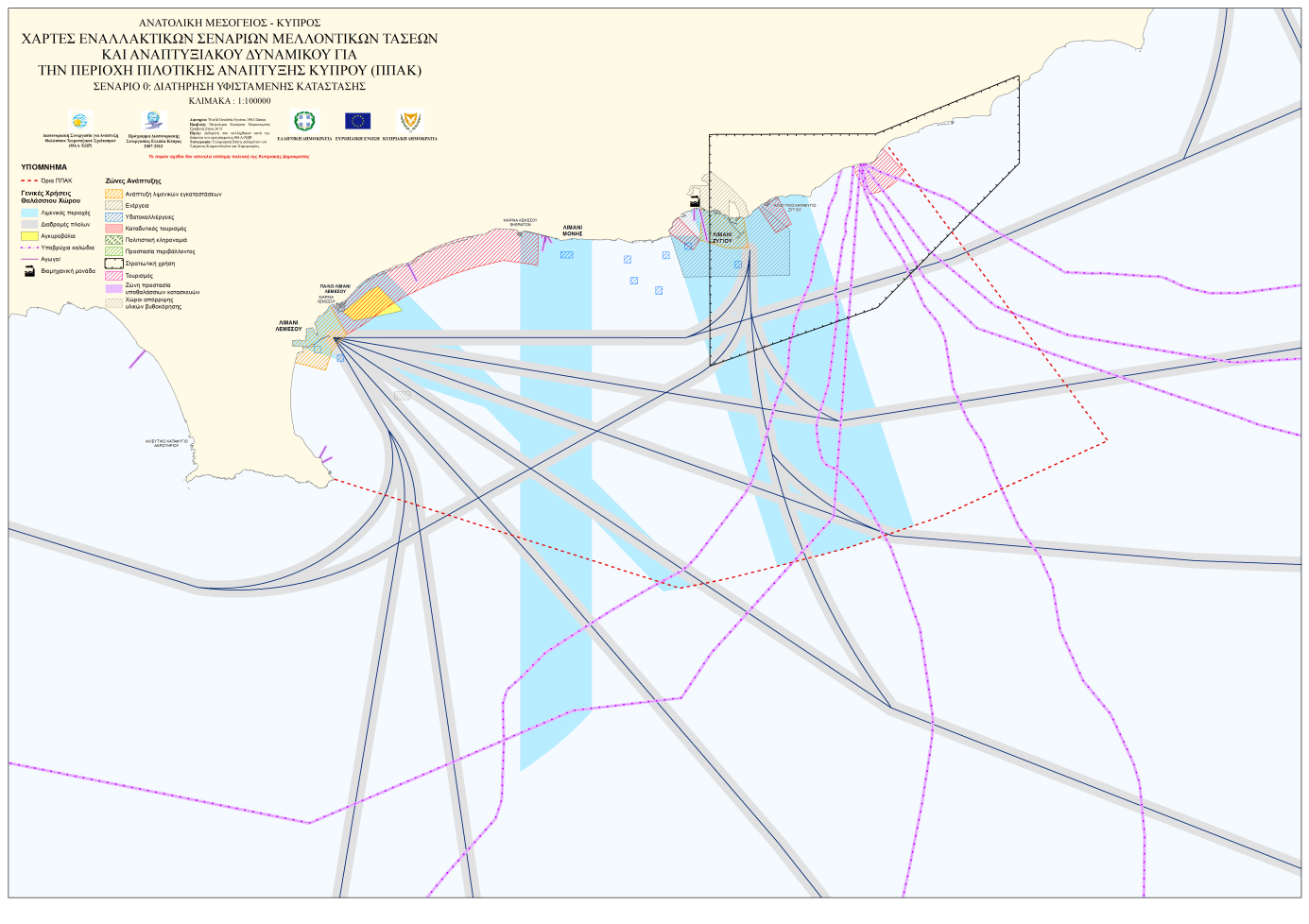 An SEA report was developed, for the MSP pilot plan of the selected area in Cyprus under the THAL-CHOR project, but it has not been assessed according to the provisions of the SEA Law due to its pilot character.

Data and a Web-GIS system were made available via the THAL-CHOR project website to share results and support stakeholders’ engagement. Results of the THAL-CHOR conflict analysis were shared with local stakeholders so they could be aware of pressures from different conflicts.

Consultation workshops were organised within the project, as the 1st Public Meeting for Dissemination and Consultation held on January 30, 2015, in Limassol (Cyprus) and the following Local authorities' Public Consultation Meeting on May 27, 2015 equally held in Cyprus.

Transboundary issues were considered in relation to commonly accepted methodology for the development of MS plans.