Geoportal for the Alboran Sea

Geoportal on natural resources and biodiversity of the Alboran Sea. It includes the following 3 preconfigured maps: natural features and human activites, preasures and impacts and protection and conservation. 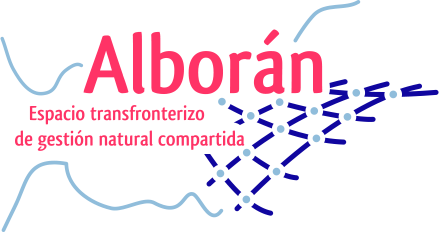 The Alboran Sea is a very particular marine space: entrance and exist of the Mediterranean Sea and the contact point between Africa and Europe. It is also a path for many migratory animals and a marine shipping route between the Atlantic and the Mediterranean. It can be considered undoubtedly as an area of great geopolitical, strategic and scientific level. In addition, given the importance of their ecosystems, it is considered as a dynamic engine for biodiversity in the Western Mediterranean.

The development of this geoportal on natural resources and biodiversity of the Alboran Sea, is part of the activities under the project POCTEFEX-ALBORÁN, "Cross-border Space of Nature Shared Management", which aims to facilitate the exchange of experiences among stakeholders as to identify and unify the priorities that will improve the governance of natural resources in the Alboran Sea and promote sustainable and integrated management of the marine environment.

Within the ALBORAN project, the Alboran Sea is considered for the first time as a complete and integrated environmental management unit.

The first step on the development of the geoportal was to identify which geo-referenced information already existed on natural resources and economic activities in the Alboran Sea. The geoportal was created from a prospective job, database analysis, normalization and standardization of information.

Thus, the first step was to collect geo-reference information from public institutions, NGOs and Universities, both from Spain and Morocco. The first finding was that in Spain there were several entities that already had geo-referenced information (Ministry of Environment, the Oceanographic Spanish Institute and the Network of Environment in Andalusia). Nevertheless, in the south basin of the Mediterranean (Morocco and Algeria) there was not public information.

The next step was to overlap on a unique window all the available information so different aspects could be studied in parallel. As a result, it would be possible to compare, for example, which areas of the Alboran Sea are affected by a certain economic activity and, at the same time, are habitat for protected species.

The objective was to construct an easy-to-use tool, accessible to anybody, without having to know the GIS maps. This way, it could be easily used by policy-makers without technical barriers.

The information contained in the geoportal (130 layers) is open and shared. It is hosted on the information providers’ servers, so it is updated by the institutions that first provide the information. Also, there are some layers that have been developed by UICN. In this case, information can be also downloaded.

130 layers with geo-referenced information are available in the geoportal, divided into three main categories: natural features and human activity; pressures and impacts; and protection and conservation.

There are 13 layers of varied subjects such as oil and gas pipelines, coastal erosion (for Spain and Morocco), aggregates extraction, waste, location of marine trash, anchorages…

All this information is expected to provide inputs to policy-makers, NGOs, Universities, researchers and other stakeholders from Spain and Morocco. The aim is to improve the maritime spatial planning.

The Environment Observatory of the North of Morocco and the Seaport Tánger-Med have shown their interest on the Alboran geoportal since it is very useful for the environment protection and for the management of the seaport, respectively.

Also, a Memorandum of Understanding has been signed with the Ministry of Environment in Morocco to provide geo-referenced information on environmental issues in Morocco to the Alboran geoportal. 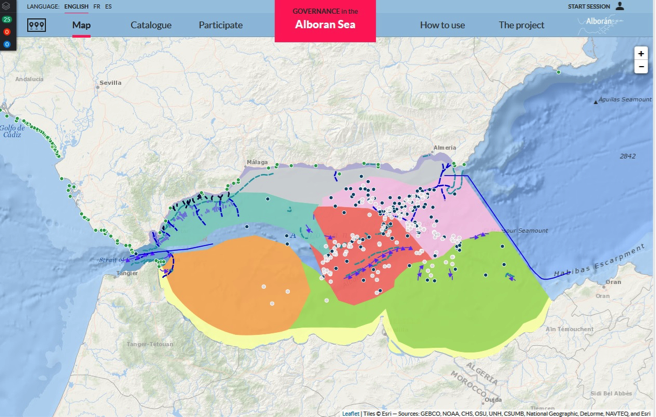 The practice is transferable to other areas of the Mediterranean. Currently, Alboran geoportal developers (UICN) are studying the possibilities to develop new geoportals on Ecologically and Biologically Significant Marine Areas (EBSA). More precisely, focus is put on the Sicilian Channel and the Adriatic.

Technically, the geoportal uses the INSPIRE system to standardize information, which makes it easier to be transferable, since it is an open source. In addition, the Alboran project sets a precedent on working when third countries are involved.

The project has been developed by the Regional Government of Andalusia, the International Union for Conservation of Nature (IUCN), the University of Almería and the Department of Maritime Fishing of Morocco.