The programme's (VELMU) objective is to survey marine habitats in Finnish waters, give an overview of species occurrence and develop a management system for data collected on the benthic marine environment. The programme collects data on the diversity of underwater marine biotopes and species.

VELMU started already in 2004, but systematic and consistent inventories along the entire coast were initiated only in 2011, after increased funding from the state budget was provided.

Inventories are made by the Centres for Economic Development, Transport and the Environment in coastal districts, Metsähallitus (Parks & Wildlife Finland) and consultants. Additionally, the Geological Survey of Finland, Natural Resources Institute Finland and the Finnish Environment Institute carry out inventories in their respective fields of activities.

VELMU targets the entire Finnish marine area (though currently excluding the Åland Islands): the Archipelago Sea, the Quark area, the Gulf of Finland, the Bothnian Bay and the Bothnian Sea.

VELMU’s objective is to survey marine habitats in Finnish waters, generate an overview of species occurence, and develop a management system for data collected on the benthic marine environment. The project aims at:

Different survey methods were used in the framework of the VELMU Programme: 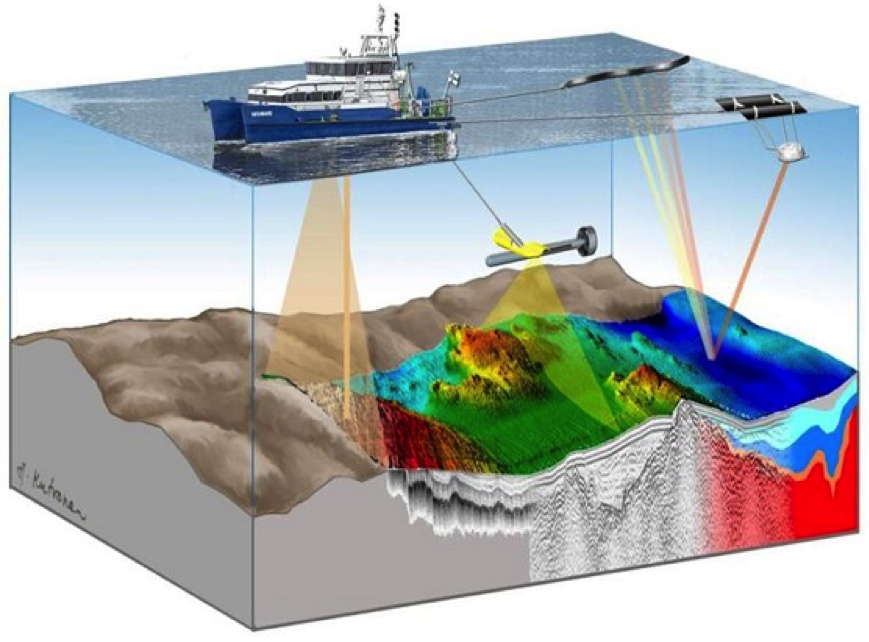 Diving allows for direct observation of species and habitats and sampling of hard-bottom fauna. For sampling of soft-bottom fauna, grab samplers are operated on board small boats or research vessels.

Most of the observations under VELMU are carried out using video photography methods. With video photography, data on species and habitats can be collected in a timely fashion and cost efficiently. Both drop video cameras and remotely operated vehicles (ROV) are used.

Under VELMU, data on fish spawning and larval areas in coastal regions are also collected. The collection methods used include, among others, scooping, white plate, Gulf-Olympia sampler and remote sensing.

Because it is not possible to monitor all sea areas, species and communities distribution models are developed based on species observations and environmental factors. Models are developed for vascular plants, macroalgae, benthos and fish species. Maps produced from data generated by models can be used, for instance, for comparison purposes and in planning.

New methods are being developed under the work package on Methodological Development. These methods include, among others, LIDAR (Light Detection and Ranging – a radar technique using red and green laser light), remote sensing and aerial photography in inventories, development of equipment for carrying drop video cameras in shallow areas, and sensors attached to cameras.

In addition to the above end-products, the programme has been instrumental in helping to build the infrastructure for the inventory, research and monitoring of marine biodiversity in Finland’s complex coastal waters and has enhanced marine biodiversity knowledge and expertise.