The overall scientific objectives of PERSEUS project are to identify the interacting patterns of natural and human-derived pressures on the Mediterranean and Black Seas, assess their impact on marine ecosystems and, using the objectives and principles of the Marine Strategy Framework Directive as a vehicle, to design an effective and innovative research governance framework based on sound scientific knowledge.

The Assessment of coastal pressures presents a global synthesis of the work performed in Work Package 2 (Pressures and Impacts at coastal level) of PERSEUS that was focused on the understanding of pressures and their impacts at costal level in the Mediterranean and the Black Sea. This synthesis is mainly based on the results which are described in details in the 4 following project deliverables[1]:

The goals of the studies within Work Package 2 are to identify and evaluate coastal scale patterns of natural and human-made interacting pressures on the SES ecosystem, to study the processes transmitting the pressures to the marine ecosystem, to investigate the interactions among natural and human pressures and to assess their collective impacts on marine ecosystems through field research. The studies better characterise the pressures on the coastal areas (depth of 0 to 200 meters) of the Mediterranean and Black Seas, fill gaps in the knowledge of the processes through which human activities induce changes in marine ecosystems and assess their impact in a holistic manner encompassing socio economic appraisal and analysis.

The studies carried out in PERSEUS on the pressures and impacts at coastal level were focused on the 18 coastal sites shown on Fig. 1 which can be described as "hot spots" because the high level of anthropogenic pressures they face. In PERSEUS work package 2, a broad range of thematic fields were addressed, including the functioning of coastal pelagic and benthic ecosystems and their response to various pressures. Each thematic study was performed on a subset of selected areas. The map below (Fig. 1) shows on which sites various thematic studies have been performed.

An effort was made to coordinate the work between all the study areas in order to get standardized data. The aim was to be able to compare the pressures and their impact in the different areas and to draw out as much as possible a basin wide view of the response of coastal ecosystems to pressures in the SES and of the risks of non achievement of Good Environmental Status (GES).

The Report is structured as follows:

The final part of the document presents a synthetic view of the results which are summarized in tables. The tables summarize for 4 sub-regions (WMED, Adriatic, EMED, Black Sea) the results of the impact of the coastal pressures which has been studied in PERSEUS. The classification of pressures given in the tables is based on expert judgement. Colour spots are used to scale the intensity of the impact for each class of pressures. 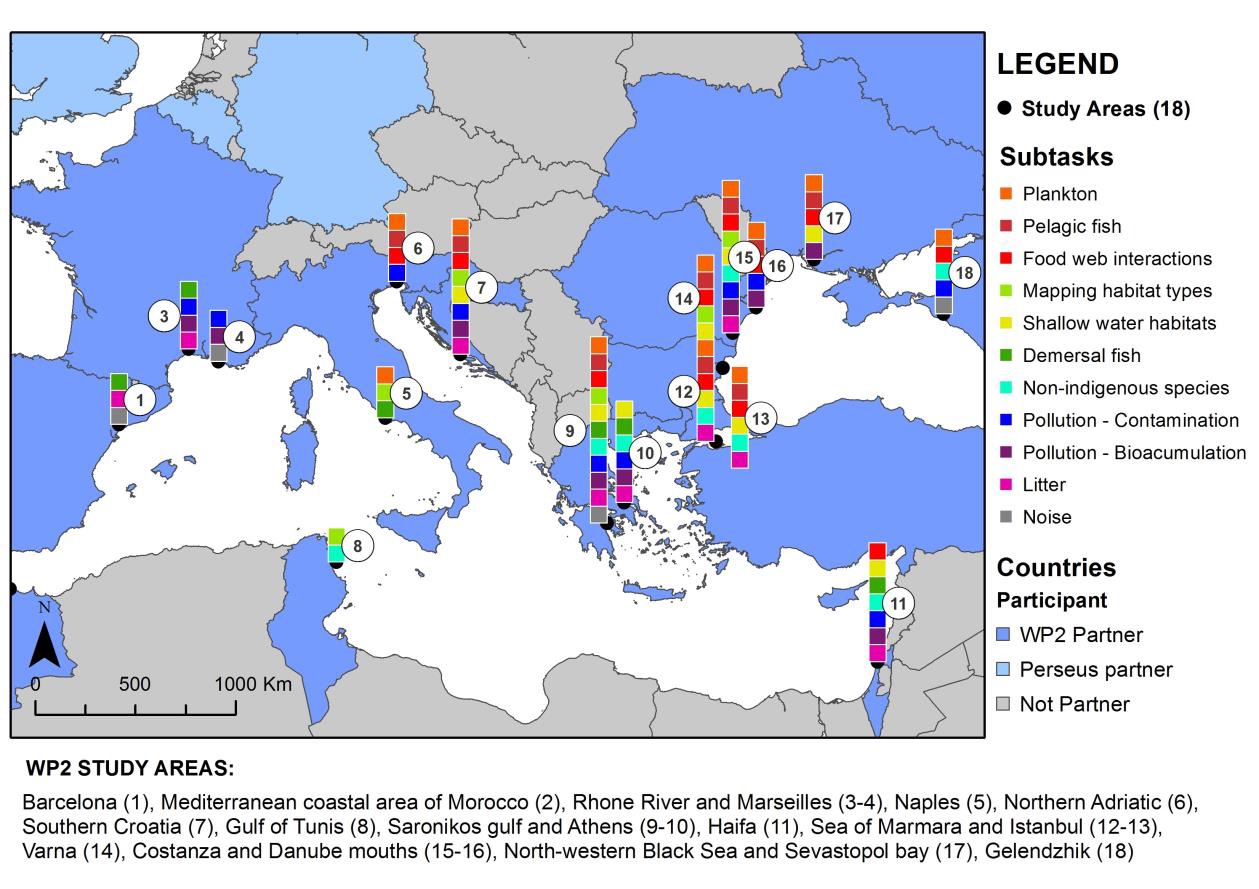 A report titled “Assessment of coastal pressures in the MSFD sub-regions of the SES. Deliverable Nr. 2.9”. Download it

The practice is fully applicable in other contexts, as it provides a framework and methodology for similar studies and analyses.