The Plan4Blue project has developed four scenarios to depict how planning choices may affect people and the marine nature in the Gulf of Finland and the Archipelago Sea. A short video animation was produced to present four alternative future scenarios: “Unlimited growth”, “Virtual reality”, “Sustainability above all!” and “Sustainability dilemma”, as well as infographics of scenarios of different sectors.

The scenario process produced both qualitative and quantitative data that can be potentially used in the MSP process of the countries in question.

The scenario process aimed to depict and discuss alternative future scenarios together with stakeholders in the Baltic Sea Basin context. As such, it aims to support the more effective decision making across the Baltic Sea in regard to the sustainable Blue Growth choices.

The scenario-building process was part of the Plan4Blue project in “Potential for Sustainable Blue Economies” work package. The scenario process produced both qualitative and quantitative data. Expert views were included in the process from the Delphi studies, the scenario workshops, as well as from expert interviews. The process was well documented including the economic and socioeconomic analyses, as well as the mapping process published as separate reports.

A brief one page information fiche was produced for each of the sectoral topics: 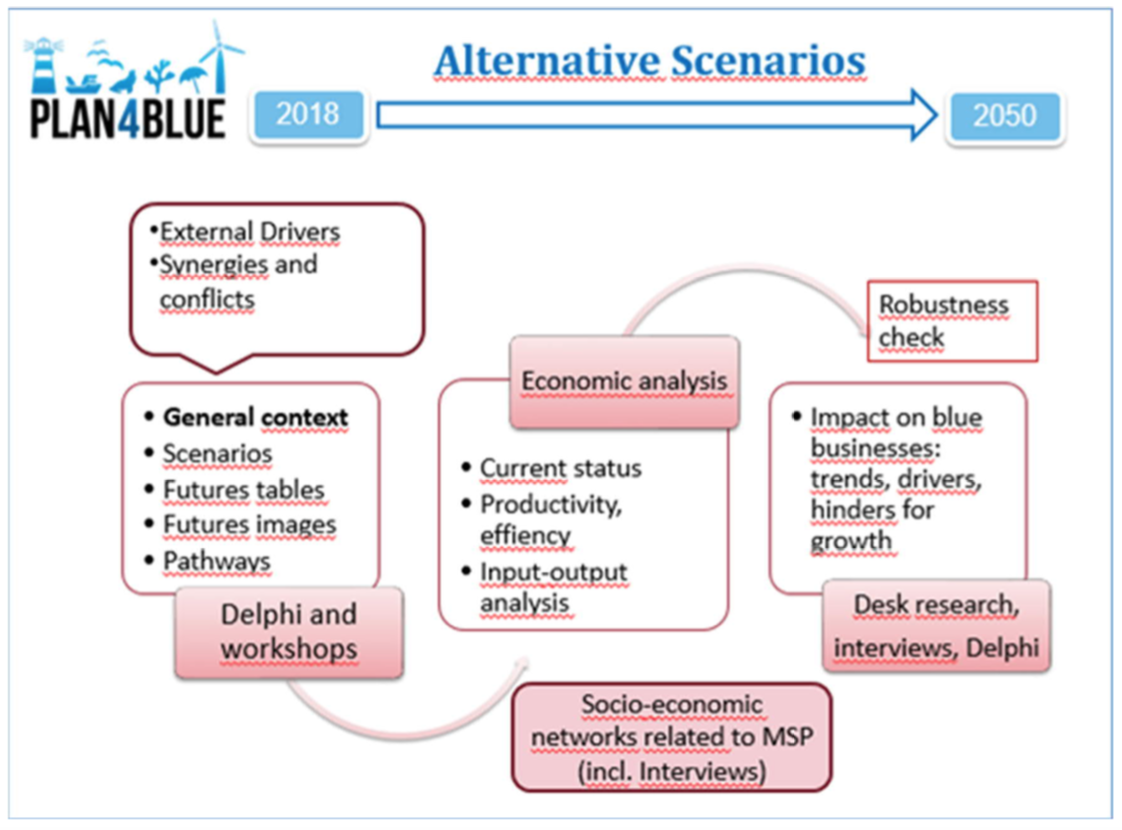 The scenario process was divided into two phases. The first step was the analysis of possibilities and probabilities in order to draft alternative futures. This phase included online questionnaires for the Delphi panel at the workshop to map experts’ views on future developments. The expertise matrix was used in compilation of the Delphi panel, as it shows the relevant categories of expertise of the participants.

The panel has focused on the following questions:

The futures table method was used to identify key variables for each blue economy sector and the possible future states of these variables according to the experts’ opinions. The futures table helped define the issues regarding the future changes of blue economy sectors, as well as future paths leading to alternative scenarios. The PESTEL analysis was conducted for creating the futures table, in order to define drivers of change and blue economy in the study area in the first phase. PESTEL analyses the impact of political, economic, social, technological, ecological/environmental, and legal changes.

The second phase of the scenario process focused on the potential of blue economy sectors in the project area looking at 2050. This phase was in the form of participative backcasting to define pathways to the alternative futures. The backcasting method starts from the future images and looks back in order to determine the preferable and avoidable choices which may lead to the future.

In this phase the involvement of stakeholders was also a key feature. Thus, stakeholders were also involved in the scenario discussion and review process, via workshop and the Delphi panel, along with complementary interviews with representatives of the business sector. The main questions posed were:

Figure 2. Distribution of opinions regarding the changes of production and other activities of the energy sector in the project area, both on land and on sea (onshore and offshore) by the year 2050. The results of on-line questionnaire from Delphi rounds 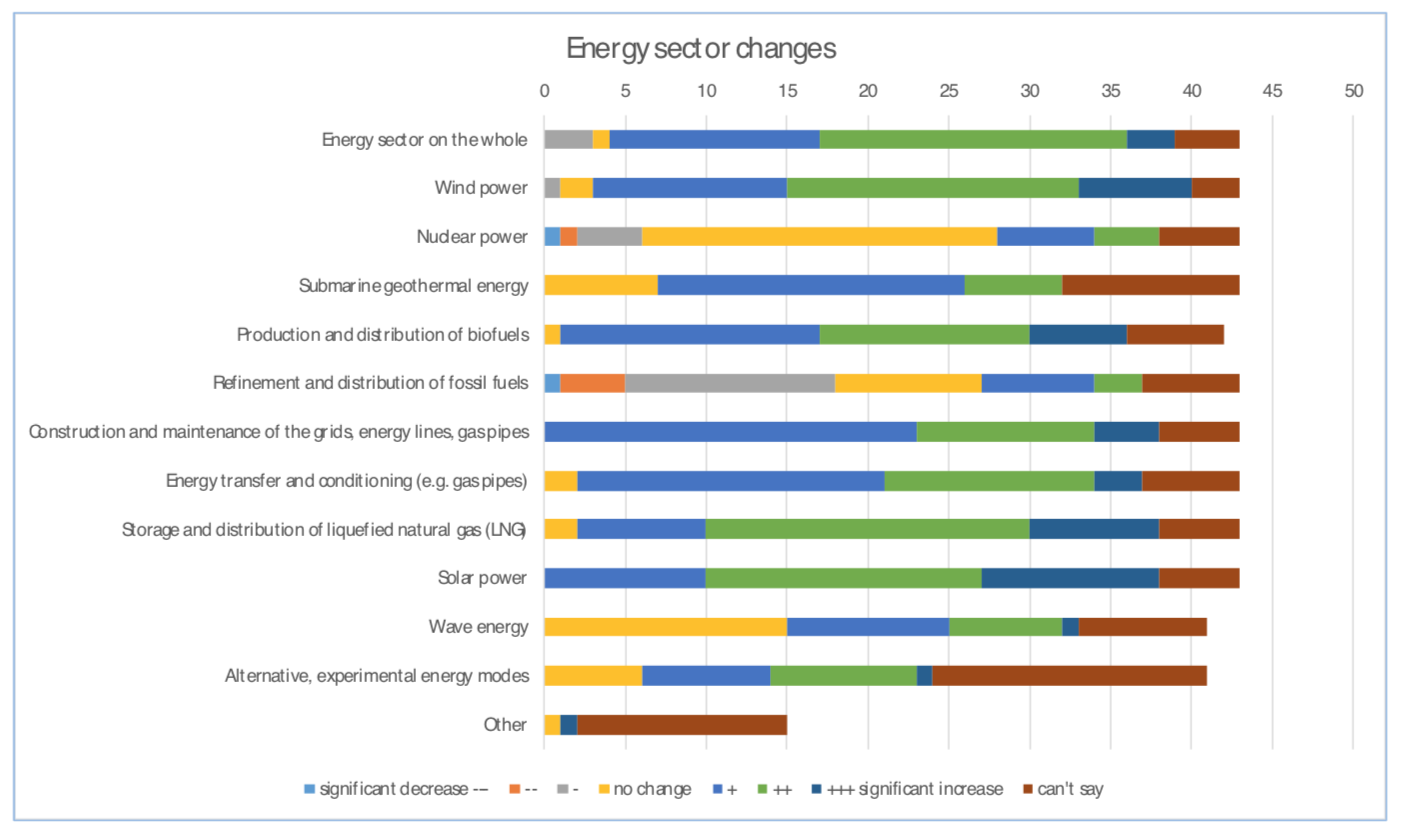 Animated videos presenting future alternative scenarios were produced to enhance the effective communication with stakeholders and dissemination of the project.

Infographics of scenarios of different sectors

Scenario development process is highly transferable to other contexts and countries. The scenarion presenation (i.e. animated video and fiches) are relevant communication tool that may be used in other innitiatives.