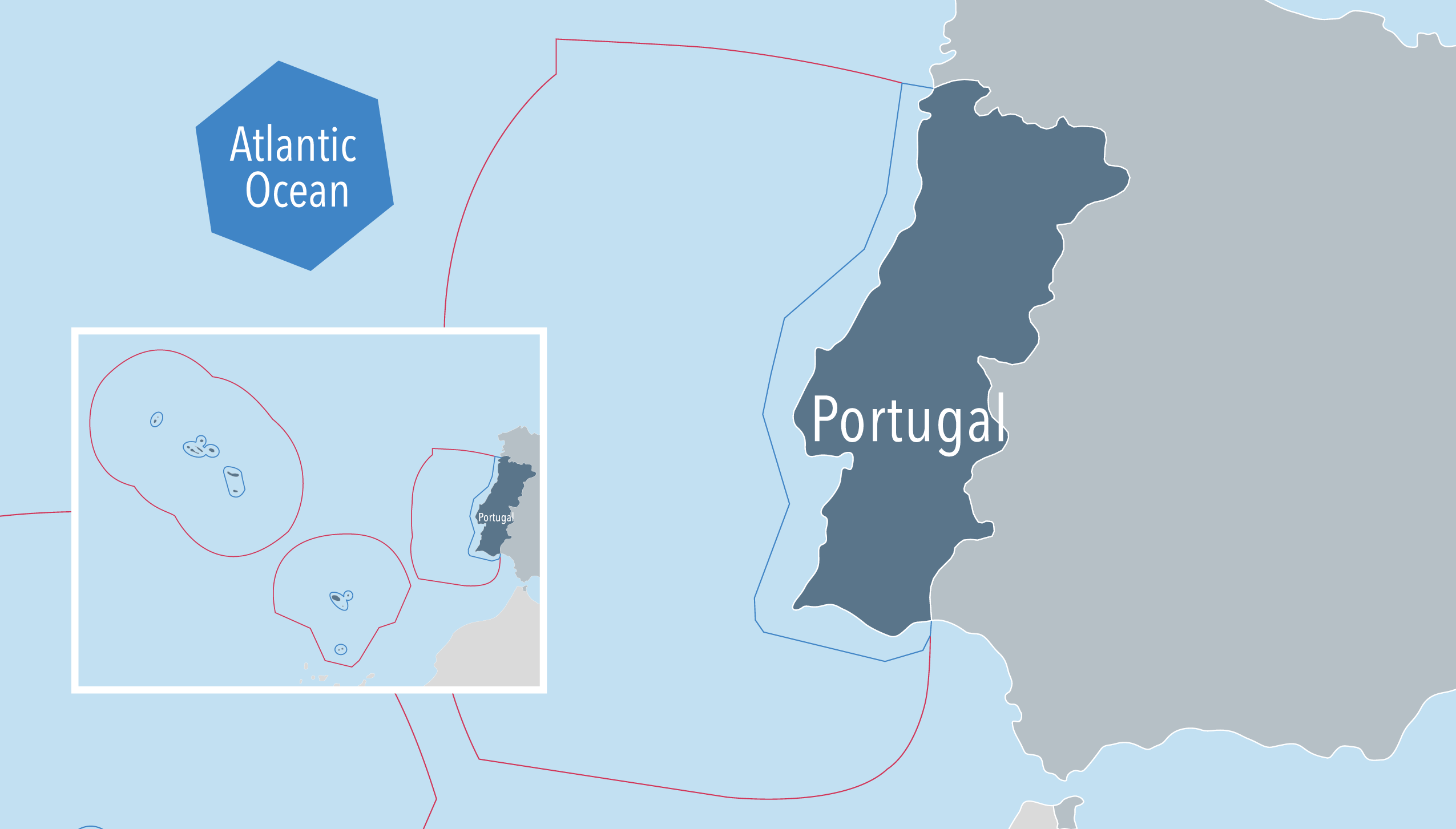 Also, a website and a geoportal have been created with all of the information regarding Portuguese maritime spatial planning, and keeping the relevant information fully updated.

The PSOEM for the subdivision of the Azores (PSOEMA) will soon be submitted to the Consultative Committee, followed by public consultation. The Azores MSP geoportal (OEAMA) is online and will support the technical consultations and the subsequent implementation process.

In April 2014, Law No. 17/2014 on ‘marine spatial planning and management‘ was approved as the fundamental law for MSP for the entire Portuguese maritime space, including the continental shelf beyond 200 nautical miles. Its enabling legislation, Decree-Law No. 38/2015, entered into force on 12 March 2015, and develops the marine spatial planning and management fundamental law, defining, among others, the regime of maritime spatial planning instruments: i) Situation Plan with the identification of the protection and preservation areas of the maritime space, and the temporal and spatial distribution of current and potential uses and activities; ii) Allocation Plans for the private use of some areas or volume of the maritime area not considered in the situation plan.

Ministry of the Sea

Ministry of the Sea

Autonomous Region of the Azores

(Regional Director for the Sea)